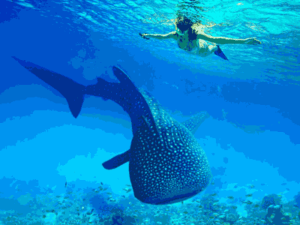 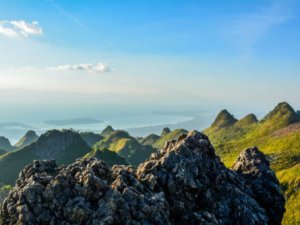 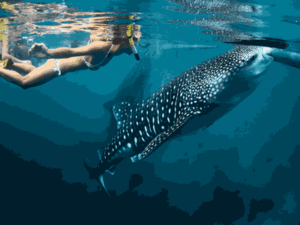 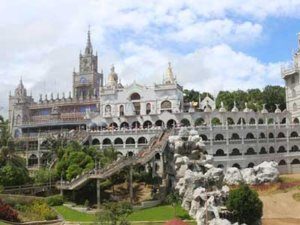 Kagana Tours offers Oslob Whale Shark Encounter, Osmena Peak, and Simala Shrine Tour, another exciting adventure for thrill enthusiasts. Within a 3-hour journey from the city, you will be greeted by the beautiful sea creatures of Oslob, letting you appreciate the beauty of the south. Have fun while having a close encounter with the gentle giants. This tour is a must-do activity in Cebu that you should not miss.

After the whale shark encounter, start exploring Oslob Cuartel. It serves as a visual representation of our nation’s history as it was captured by the Spaniards and taken over by the Americans as an unfinished edifice. It was planned as a military barracks for the Spanish armies in 1860, but the building was halted due to the American occupation in 1898. Oslob Cuartel’s unfinished building not only provides historical context but also exudes the allure of an unfinished masterpiece. As if a good thing should have been ruined by a tragedy. But, like an open-ended novel, it leaves numerous possibilities of what may have been to your imagination.

Cebu’s highest peak, Osmena Peak is our next destination. Osmena peak is distinct from other Philippine mountain ranges because it has several jagged hills gathered together that view and spread as far as the Badian shorelines. The Osmena Peak is named after Cebu’s famous Osmena clan.

Simala Shrine Church is the final stop of this tour. It is a religious structure and establishment in Sibonga Town, Cebu’s southernmost municipality. Simala Shrine is where people who believe in miracles can come together. This church has a reputation for being miraculous. It has become famous among believers not only because it houses the miraculous Virgin Mary but also because it is truly unique and spectacular

Note: This is just an estimated time. There might be some changes due to traffic situation.

Please fill up this form and received a confirmation within 24 hrs. Bookings made at the last minute must be made 24 hours prior to the pick-up time.